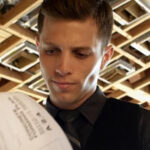 Thank you once again for your involvement in the issue regarding the proposed Interim Control Ordinance (ICO) for Bel-Air that impacts construction grading.

A small group of stakeholders met directly with Councilmember Paul Koretz and his Planning Deputy, Shawn Bayliss, on Tuesday, March 10 in advance of this week’s City Council Planning & Land Use Committee on March 17 which followed up on our continuing efforts to mitigate impacts of the unavoidable ICO while addressing the pressing issue of construction safety.

In our meeting, we had a very productive discussion regarding the need to develop sensible policies that address the issue of construction-related truck traffic and hauling in Bel-Air.

As a result of our discussion with Councilmember Koretz and Shawn Bayliss, we were able to clarify the following:

1. We emphasized the proposed Bel-Air ICO needed to be clarified to restrict exempted import-export grading, not merely exempted grading which will allow for projects to maintain the ability to build large basements while mitigating haul trucks on the road which is the focus of the issue.

2. We stressed the importance of implementing a sliding scale to allow for grading that is proportional to lot size

3. We sought to clarify language applying to hillside development that allows for a project to decrease its proposed square footage without being penalized

We are pleased to let you know that the quantity in the ICO raised from 5,000 to 6,000 cubic yards and one of the most critical elements of the Bel-Air ICO that needed to be clarified, the restriction applying to a limit on exempted import-export grading, was changed as a direct result of the fact that Councilmember Koretz and Shawn Bayliss provided clear direction to City Planning Staff and the City Attorney following our meeting with them so that the Bel-Air ICO could be reworded. A link to that document can be found here:

The language for the Bel-Air ICO may be found on Page 3 of the document, listed as Item F., and the map of Bel-Air is on Page 21.

The Language Reads: Notwithstanding any section of the LAMC, no building permit shall issue for a Project in Bel Air on a Hillside Area lot where THE IMPORT AND EXPORT OF EXEMPTED graded earth exceeds 6,000 CUBIC YARDS.

The sliding scale was not included in the revised Bel-Air ICO, but the concept is something that we will continue to work on with Councilmember Koretz’s office as they look to address safety and traffic concerns in Bel-Air.

Additionally, we received additional clarification from Mr. Bayliss that should a project look to decrease its proposed square footage after initial filing for permits, a change request may be made via the City Clerk, who would subsequently put the request before the Planning & Land Use Committee and then the full Council for approval. While such a request would require a public hearing, we would anticipate that such a request would not face opposition due to the fact that it would be for a decrease in the overall size of the project.

As stakeholders, each of us know the importance of providing certainty so that we may continue to work on responsible development projects in Bel-Air and other hillside communities. We know that as a result of our meeting with the Councilmember in advance of the PLUM committee meeting, we are able to provide his office a great resource: providing him with the perspective of the development community as well as many property owners so that we may work with him to provide additional safeguards to ensure that we maximize safety and minimize the amount of traffic and any other impacts on local neighborhoods.

We also wanted to give you a timeline for how the Bel-Air ICO will be implemented once approved by the full City Council.

The ICO is scheduled to be heard in Council on Wednesday, March 25th, and is expected to pass quickly. The Mayor then has ten days to approve the ICO, and it then becomes effective upon publication, most likely one of the first weeks in April. Whether you provided us with best practices or guidelines about how to achieve these goals, actively contacted Councilmember Koretz in the past several weeks, or helped us in any way, we wanted to thank you for your involvement so that we can move forward with sensible regulations put in place that address community concerns while maintaining our ability to build todays modern amenity residences. We will continue to update you with any further developments on the Bel-Air ICO and related regulations – please contact us if you have any questions.