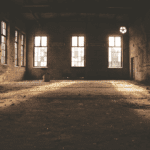 When you own a building of any kind, you may need to obtain a building ordinance. This type of ordinance is a kind of insurance that covers some of the increased costs that occur when repairing a building that has been damaged. The main reason that these extra costs occur is because the local building code has changed since the building was first constructed, which may require additional construction. Older structures may require better roofing materials, heating, or electrical wiring.

Law coverage offers the same type of coverage that’s available with building ordinance coverage. The purpose of these types of insurance is to make sure that you aren’t required to pay much more money than anticipated when making repairs to your building because of new building code. There are three components of building ordinance coverage, all of which are important to make sure that any unexpected cost is covered.

This article provides a detailed explanation of building ordinance or law coverage, which should give you an idea of how important this insurance is as a property owner.

When your building is damaged in any way, the repair costs may be much higher than you expected. Local building codes are updated on a regular basis, which usually involve the building requirements becoming stricter. In the event that a building that’s 20 years old is significantly damaged, the repair work will need to adhere to modern building code as opposed to the requirements that were expected to be met when the building was first constructed. When older structures have been damaged, the repair work may need to include everything from the installation of modern plumbing units to the installation of new electrical wiring. These costs can quickly spiral out of control if the damage is more severe, which is why building ordinance or law coverage is highly recommended.

If you’re trying to purchase building ordinance or law exclusion coverage, keep in mind that this type of insurance isn’t usually provided with a basic insurance policy. Instead, it must be selected as an endorsement of the policy that you’ve already purchased. An endorsement is an amendment to the policy that you already have. While there are some policies that will include a small amount of building ordinance coverage, you can purchase an endorsement that expands your coverage. The cost for building ordinance or law coverage can vary substantially and depends on the exact amount of coverage that you would like to obtain. These costs will be reflected in the monthly premium that you pay for your standard insurance policy.

This type of coverage can be highly valuable in the event that serious damage occurs to your building. In accordance with Los Angeles building codes, when 50 percent or more of a building has been damaged, it will need to be demolished entirely before being rebuilt to meet current code. Having your building demolished and repaired entirely will cost a lot of money. While the basic insurance policy for your building may coverage anywhere from 50-70 percent of repairs for the damage that has been done, building ordinance or law coverage will cover any demolishing that needs to be done as well as 100 percent of the rebuilding costs that are necessary for your structure.

Even if your building doesn’t need to be demolished, the cost of repairs may be significantly higher than you believe. Older structures that have been damaged in some way may require upgrades to fencing, plumbing units, roofing, venting, heating, and air-conditioning units. When you purchase this type of coverage, you’re able to better protect against unforeseen expenses that can occur when fixing severe property damage.

There are three aspects of building ordinance coverage that you should be aware of, which include:

Coverage A: Coverage for Loss to the Undamaged Portion of a Building

This facet of building ordinance coverage kicks in when a building has been partially damaged but must be demolished entirely in accordance with the local building code. This coverage will extend to the loss in value of the portion of the building that remains undamaged but needs to be demolished anyways.

Coverage B: Coverage for the Cost of Demolition

Coverage B involves the cost of demolishing the building and clearing the work site of any portions of the building that have remained undamaged.

Coverage C: Coverage for the Increased Costs of Construction

When you purchase this type of insurance to act as an endorsement for your primary insurance policy, it’s important to understand that you will have the ability to set limits with the policy, which dictates what the insurance provider will pay out when your building is damaged. Higher limits invariably come with higher premiums. When looking specifically at coverage A, it’s automatically included in the limit of insurance that directly comes with your building. This limit refers to the amount that the insurer will pay to replace or repair the building. The set limit for coverage A can vary and depends on what the insurance provider places the limit at.

With coverage B and coverage C, you can set your own limits for the policy. While you can purchase a limit for each specific type of coverage, it’s also possible to purchase a combined limit that applies to both coverage types. The limits you choose depend on how much you want to pay for your insurance policy. Keep in mind your insurance provider will only cover certain perils that have caused the damage to your building. If a covered peril caused 60 percent of the damage to your building, only this aspect of the damage will be covered by your insurance provider.

There are many triggers that cause building ordinance coverage to kick in. These specific triggers include:

When looking at the major damage threshold, this terms refers to situations where the city believes that the building can’t be safely repaired. The building may not be able to be safely repaired because of its condition, age, or issues with building code compliance. As such, the entire building would need to be brought up to code. When you’re trying to determine if your building falls under the major damage threshold, you can inquire about this issue with the Los Angeles Department of Building and Safety.

Building ordinances or codes are put in place by local governments to make sure that anyone who lives or works in the building remains safe and healthy. Building codes differ with each district and city. For instance, the building codes for Los Angeles County are different than the ones in San Diego County. It’s also important to understand that some counties have stricter building codes than others, which must be taken into account if you’re thinking about purchasing building ordinance coverage. This coverage can be very beneficial because it allows you to more comfortably pay for the higher construction costs, the loss of value, and the overall costs of demolition that come with making sure that the building you own is fully up to code.

To gain a better understanding of when this type of coverage can be important, let’s say that 70 percent of the building you own is destroyed by a fire or a similar peril. Since the building codes for Los Angeles County state that a building must be demolished if more than 50 percent of it is damaged, your entire building would need to be demolished before it could be rebuilt to match the current code.

There’s a possibility that your commercial building insurance would only cover 50 percent of the costs that come with repairing the building. By obtaining building ordinance coverage, the costs for demolishing the portion of the building that was undamaged would also be covered. Once the building has been demolished, the coverage you obtain will extend to 100 percent of the rebuilding costs as well. If you don’t have this coverage, your expenses could be very high and possibly out of your budget. Now that you understand all there is to know about building ordinance coverage, you should inquire with your commercial building insurance or homeowner’s insurance provider about the costs associated with this coverage.