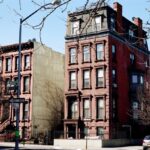 An ample amount of communities across the world use what’s known as inclusionary housing for the purpose of providing affordable opportunities in regards to renting and owning properties. Inclusionary housing is also commonly referred to as inclusionary zoning. These opportunities are given at no cost or very little cost to the taxpayer. Developers are also provided with certain incentives that encourage the development of market-rate properties that can be purchased by low-income or moderate-income families.

These incentives ensure that the costs of development are reduced. However, the incentives can take many different forms. For instance, the developer may be able to rent or sell more units than are typically permitted. When put in place, these policies should offset some of the costs that occur when selling units at prices that are below market value. Since these properties are sold at a lower cost to families bringing in low or moderate incomes, there’s less of a need for public subsidy. This article offers a detailed guide to inclusionary housing and how it can benefit the surrounding community.

How Does Inclusionary Housing Affect the Surrounding Community?

In order to adequately understand inclusionary housing, it’s important to know how this type of housing affects the surrounding community. Inclusionary housing is considered to be ideal for public officials because more affordable units can be supplied in a given location without needing to first obtain public funding. Over the past two decades, affordable housing has become less and less common, which is a significant problem that city officials have had to deal with in a number of different ways. Because of the lack of affordable housing, inclusionary housing has become a highly popular strategy.

The factors that determine how inclusionary housing is used in a given community include:

Studies have shown that the use of inclusionary housing in a community has brought about an increase in the amount of affordable units that are available. However, the actual size of this increase differs from community to community and depends on a variety of factors. Unlike most other policies that are used for the creation of affordable housing, the affordable properties that are created under the inclusionary housing policy are typically situated in high-income neighborhoods and communities. Because of their placement within high-income neighborhoods, the low-income families that live in these properties will have access to better schools.

Inclusionary housing programs can work in a number of different ways depending on the method that the community selects. These policies are typically implemented as requirements by the city, which means that communities must have a certain percentage of affordable properties. A certain amount of subsidies and regulatory relief will be provided in many cases to ensure that the cost of lowering the price of units is covered. The majority of these policies are implemented within the local zoning code. It’s possible, however, for an inclusionary housing policy to exist in a neighborhood plan or general land-use plan.

When implemented correctly, these policies have worked well in high-opportunity neighborhoods, which has allowed for the creation of mixed-income neighborhoods. This policy is relatively simple to implement when additional market-rate properties are being developed or are expected to be developed in the near future. Communities that are currently growing should pair well with inclusionary housing.

When an inclusionary housing program is implemented, it can cover certain neighborhoods or districts. However, these programs could also apply to an entire jurisdiction. As mentioned previously, they can be mandatory or voluntary. When these policies are applied to an entire jurisdiction, incentives are usually offered to developers, which could include reducing overall fees for development, allowing for an increase in density, or expediting the building permit process. The majority of these policies will also require that all units continue to be affordable for at least three decades.

Inclusionary housing works differently for numerous entities. For instance, renters and buyers will be provided with affordable housing that can be purchased in areas and neighborhoods that would typically be out of their price range. Single-family homes and apartment buildings can be part of inclusionary housing. As for real estate agents, inclusionary housing allows these agents to expand their customer base for the area that they operate out of. With developers, inclusionary housing can be costly when the properties are designed to be sold below the current market value. To offset these costs, many communities will offer various incentives. Each community or area differs in how they handle inclusionary housing programs.

There are many elements of inclusionary housing that differ from other affordable housing options. These policies are typically tailored to the individual community in order to address market conditions or housing needs in the area. Most policies will focus on specifying:

The exact features of inclusionary housing are very similar from jurisdiction to jurisdiction. However, municipalities have flexibility when it comes to the specific aspects of the policy. For instance, a municipality could alter the requirements to better suit the needs of their community. The added flexibility makes it easier for municipalities to meet housing needs while also making sure that new developments continue to be economically viable.

Los Angeles has recently created new inclusionary housing throughout the county. This ordinance was formally adopted on November 10 and includes some notable changes. For instance, developers who are looking to create properties within the unincorporated communities of Los Angeles County will be required to properly set aside a portion of the units to be used for affordable housing.

Nearly all rental housing projects that have at least five units must include some apartments for low-income households. Depending on the project location and affordability level, developers have the ability to set aside 5-20 percent of their units for affordable housing. The same is true of for-sale properties.

While inclusionary housing can come in several different forms, this type of policy has proven to be beneficial to many communities. Along with providing low-income and moderate-income households with more housing opportunities in low-poverty neighborhoods, the children of these households are also given access to better schools and educations. Because of the increase in popularity of inclusionary housing over the past decade, more and more communities are likely to opt for this specific policy when attempting to create affordable housing.