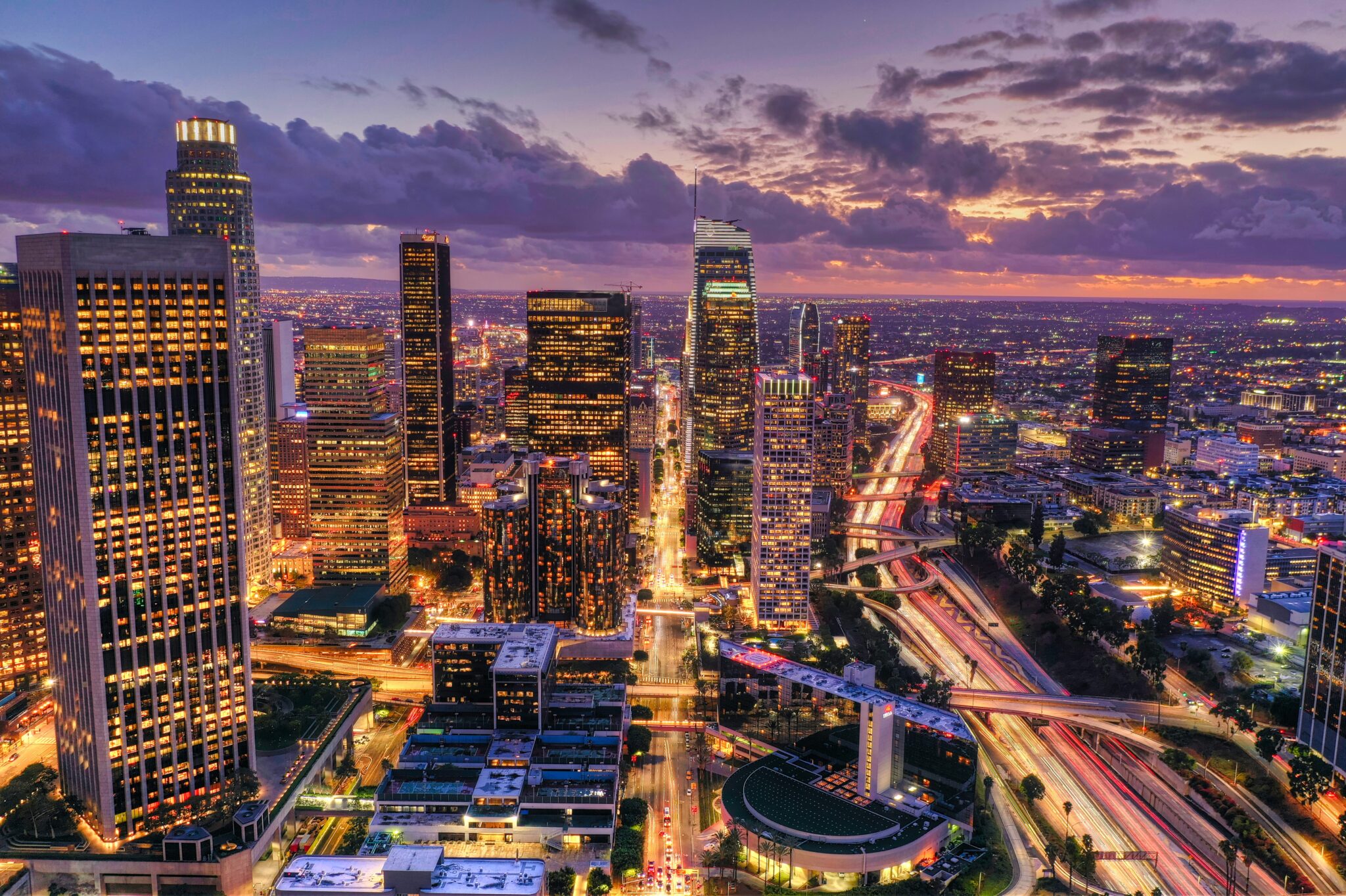 While Los Angeles has always been a popular destination for businesses and prospective homeowners alike, the need for construction isn’t always high. In fact, Los Angeles construction dipped from late 2019 to early 2021. Over the past six months, however, LA construction has been on the rise and is now booming. New multi-million dollar homes are sprouting up all around the city and are being built at a rate of more than 34% than the previous year.

Custom homes have also become increasingly popular for people who want to purchase the land before building their home from scratch. Interest rates for construction loans have been relatively low over the past year, which has caused an increase in the number of homes that are being built from the ground up. California also received billions of dollars from the federal infrastructure bill that was signed into law in late 2021. This money is being used for road and bridge repairs, public transit projects, and other infrastructure improvements.

Before any construction can begin, landowners and developers must first take a look at local zoning ordinances and permitting requirements to make sure that the land will accommodate the specific building they’d like to construct. There are numerous types of permits that you might need to apply for if you want to begin construction on time.

The main permit that all construction projects require is a standard building permit, which can be given to you by the Los Angeles Department of Building and Safety. If your permit application is approved, you can be confident that your building plans meet local building codes and safety guidelines. This article goes into more detail about Los Angeles construction and why the industry is booming at the moment.

When people decide to move to Los Angeles, many of them are in need of a home. While the current home inventory is relatively high, there’s also a high number of buyers on the market, which causes competition to increase. Instead of searching for a home that’s already been lived in, many buyers are looking to purchase land and begin a new construction or custom home project.

These types of projects have been increasing rapidly over the past six months because of the many benefits that come with designing a home from scratch. The construction industry is also busy providing existing homes with renovations that will allow them to be sold for a higher price.

The Los Angeles real estate market is currently a seller’s market, which means that the seller has a considerable amount of negotiating power when they list their home on the market. Making renovations before listing a properly can cause the value of a home to increase by a sizable amount, which is a top consideration for many homeowners. Because of the influx of potential buyers to Los Angeles, new home construction is common in upscale neighborhoods.

More specifically, the infrastructure funding from the recent federal infrastructure bill will be used to support projects like the Sepulveda Transit Corridor as well as the NextGen Bus Plan network. Additional funding will go towards making sure that Metro’s entire bus fleet is electrified by 2030. These improvements and upgrades to infrastructure are causing the Los Angeles construction industry to be in higher demand than ever.

There’s also a high demand for Los Angeles real estate because of the city’s ideal placement in Southern California. Los Angeles is a global hub that attracts tourists, visitors, and new homeowners for many reasons. Along with the business sector thriving, the culture of the city is vibrant and energetic. The Southern California weather is pleasant nearly all year round, which makes it a prime destination for anyone who loves to spend time outdoors.

Residents of Los Angeles have easy access to all of these advantages and more, which is why there is such a high demand for real estate throughout the city. Single-family residence construction increased by more than 7% throughout 2021 when compared to the previous year. If you only consider the final six months of 2021, the increase in single-family construction was right around 34%. Multi-family construction grew at an even higher rate of 71% in the same time-frame. These statistics indicate that Los Angeles is becoming considerably more popular among people who are looking to move to a new location.

As with many cities across the U.S., the Los Angeles economy is currently thriving. While the COVID-19 pandemic that began in 2020 caused a brief downturn in the local economy when businesses were tasked with closing, the economy quickly saw improvements once these businesses began to reopen. Since that time, the economy has grown consistently. For instance, the unemployment rate throughout Los Angeles County was at 6.1% in January, which is a sizable drop from the 7.6% unemployment rate in September 2021.

As a result of the thriving economy and the tangible benefits that are derived from living and working in Los Angeles, the city is a booming economic hub that has something to offer for anyone who wants to start a business. Even with recent increases in inflation, consumer spending has yet to show any signs of slowing down. In fact, it continues to increase at a consistent rate. Across the U.S., retail sales grew by 0.3%, which is reflected in and around Los Angeles. This data points towards ample business opportunities for new startups and established corporations.

As mentioned earlier, the culture in Los Angeles is highly desirable. Over the past few decades, LA has been a trendy place to live. Many people who visit the city for a few days end up wanting to move there. From the comfortable weather to the numerous beaches and mountain ranges in driving distance of the city, Los Angeles has something to offer for everyone. People want to live in LA for its environment, atmosphere, and culture.

While the Los Angeles culture and lifestyle can’t be fully explained in just a few paragraphs, living in the city allows you to “be part of it all”. If you enjoy spending time at art galleries or visiting museums, there are more than 800 different museums and galleries that are in walking distance from practically anywhere in LA. The music venues in the city include favorites like the Dolby Theatre and the Nokia Theatre.

Film buffs can walk around Los Angeles for days and still have more to see of the history of cinema that Los Angeles is a big part of. The Hollywood Roosevelt Hotel, Bradbury Building, and Union Station are just a few of the most popular landmarks where movies and television shows have been filmed in the past century. The city is also a great place to be if you love fashion, food, or sports. From the Los Angeles Lakers to the Los Angeles Dodgers, numerous sports teams are represented in the city.

Los Angeles is a thriving city that boasts a strong economy, fantastic culture, and prime real estate. When you combine these benefits with the great weather and ideal location, LA is among the most popular destinations for new businesses and homeowners alike. Because of this popularity, the Los Angeles construction industry is currently booming, which is a trend that has been going on for nearly a year and is expected to continue into the future. Along with the increase in demand for residential housing, many infrastructure projects are in the process of being started. There’s no sign that the increased demand for construction should slow down any time soon.