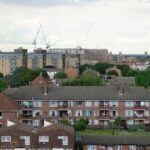 While there are many different types of exclusionary practices that communities employed in the last century, likely the most common practice is the stipulation that any lot needs to have a minimum size to it and that homes need to be positioned away from the street by a certain distance. What happens in this situation is that affordable housing is unable to be built, which ensures that only people with high incomes will be able to purchase a home in the area. While these zoning ordinances haven’t always been made for the purpose of excluding households with lower incomes, this has typically been the result.

Inclusionary housing is designed specifically to make sure that a specific portion of newly constructed homes can be directly purchased by individuals with low or moderate incomes. Keep in mind that some locations with inclusionary housing practices allow households that are earning anywhere from 80-120 percent of the average income to effectively qualify for affordable homes. Because of how much home prices have increased in specific locations, even households that are earning the median income are unable to purchase a market-rate home. This issue is particularly common in California and certain areas of New York. This article takes a close look at inclusionary zoning and when it may be the ideal solution for your community.

What Does Inclusionary Housing Mean for a Community

Workers of most income levels can afford housing in an area that uses inclusionary zoning. It’s important to understand that the requirement to construct affordable homes only applies to a specific percentage of units, which means that the majority of units built in the area don’t need to meet the affordability requirement. Despite the many benefits of inclusionary zoning, it’s considered to be a controversial and contested topic. While working families will gain access to better employment and education opportunities, some critics of inclusionary zoning believe that this method of affordable housing hasn’t significantly increased the number of affordable homes that are available to low-income households.

Even though less than 200,000 affordable units have been built with inclusionary zoning over the past few decades, this type of zoning can be highly beneficial if done correctly. By avoiding racial and economic segregation, it’s possible for crime rates to fall, for schools to improve in quality, and for social stability to be enhanced. Having access to more affordable housing can also improve health outcomes for different communities by increasing how available healthy foods are and by decreasing exposure to gun violence and environmental toxins.

For developers, inclusionary zoning means that you need to set aside some units for low-income housing. In return, it’s common to be given cost-saving incentives. Another option is to build the housing in another location or to pay in-lieu fees that effectively support the creation of low-income housing.

How Does Inclusionary Zoning Work?

While the basic definition for inclusionary zoning involves the creation of affordable housing, IZ policies can come in many different forms. Even though a low percentage of these policies are considered to be voluntary, the majority are mandatory and must be adhered to by anyone who wants to develop on the land. Keep in mind that inclusionary zoning policies can apply to neighborhoods, districts, or whole jurisdictions. When a developer creates a home in an inclusionary zoning area, a range of different incentives will be offered to them.

These incentives could include expediting the entire permitting process, reducing the amount of fees that need to be paid, approving an increase in density, or offsetting costs in some other ways. The majority of inclusionary zoning policies require that any affordable unit in the area remain affordable for a period of at least 30 years. The type of inclusionary zoning that occurs in a community depends on several factors, which include:

Requirements for affordability are usually determined by the median income in the area. As mentioned previously, inclusionary zoning can involve creating affordable units in an off-site location, which would require the developer to pay a certain amount of fees. The downside to this option is that residents in these locations don’t always have access to the same opportunities and amenities that would be available if the units existed in the same complex.

In many cases, housing created under the inclusionary zoning policy is considered to be affordable if families earning anywhere from 50-80 percent of the median income are able to purchase the homes. Most IZ policies are structured to take the needs of low to moderate income residents into account. If many of the people who are seeking affordable housing are families with children, the IZ policy will focus on the creation of large units with more than one bedroom.

The Effect of Inclusionary Housing on the Communities

To understand the many benefits of inclusionary housing, it’s first important to look at the effect that inclusionary housing has had on communities that have adopted these policies. While it can be somewhat difficult to identify the exact success rates of these programs because of how much they can differ, studies indicate that policies for inclusionary zoning usually lead to a significant increase in the number of affordable housing units that are available. However, the total increase that occurs depends on several different factors.

The success rates of this form of zoning are high because IZ policies typically occur in higher-income neighborhoods, which provides low-income residents with access to better schools and more amenities. While critics of these policies believed that the presence of an inclusionary zoning policy would cause housing prices in the vicinity to increase substantially, any increases in home prices have been relatively modest.

It’s important to look at the policy implications behind inclusionary zoning and how these policies can affect developers and residents of the community alike. In low-poverty neighborhoods, the presence of an IZ policy should increase the development of affordable housing units by a substantial amount. However, inclusionary zoning policies can only be successful if they are tailored to the specific characteristics and needs of the community that’s being targeting with the development of affordable housing. It’s also recommended that you combine these policies with additional strategies for affordable housing.

Keep in mind that inclusionary zoning isn’t the right option for some communities. If the area in question is affected by high amounts of poverty, developers won’t have much incentive to create affordable housing in the area. For developers and construction companies that decide to develop affordable housing, they will be provided with notable cost-saving benefits that should substantially reduce the cost of development and make it easier to create affordable properties.

If you want your inclusionary zoning policy to be effective, it’s also important that the economic conditions and overall housing market are taken into account. In some situations, there won’t be enough buyers or renters who are eligible for the housing. If this is the case, the affordability requirements should be relaxed to allow for higher incomes. In the event that developers have been unwilling to create housing under an inclusionary zoning policy, consider enhancing the incentives that are provided to them. As touched upon previously, the majority of IZ programs include stipulations that the affordable housing units remain affordable for a period of at least 30 years.

Success of IZ policies is determined by a number of different factors, the primary of which involves the requirement that housing stock remains affordable in the future. It’s possible to cover the costs of inclusionary zoning by partnering with non-profit organizations, which could include community land trusts. If a jurisdiction has limited resources, it may prove difficult to accommodate the cost-saving incentives that must be paid to developers. Constant monitoring of the program is essential to avoid foreclosure or illegal sales of properties that are supposed to remain affordable.

When a community foregoes implementing protections for the IZ program in question, the market pressures that exist in locations with high demand for homes could weaken the program and reduce its longevity. If you want to gain a better understanding of how affordable housing requirements can impact the surrounding community and the total costs of development projects, experiment with the inclusionary housing calculator that’s found at this link. With this calculator, you can learn what the costs of the project would be and what your potential profits could amount to. This calculator allows users to make calculations based on soft markets, mixed markets, and strong markets, which ensures that the calculation can be tailored to a specific community.